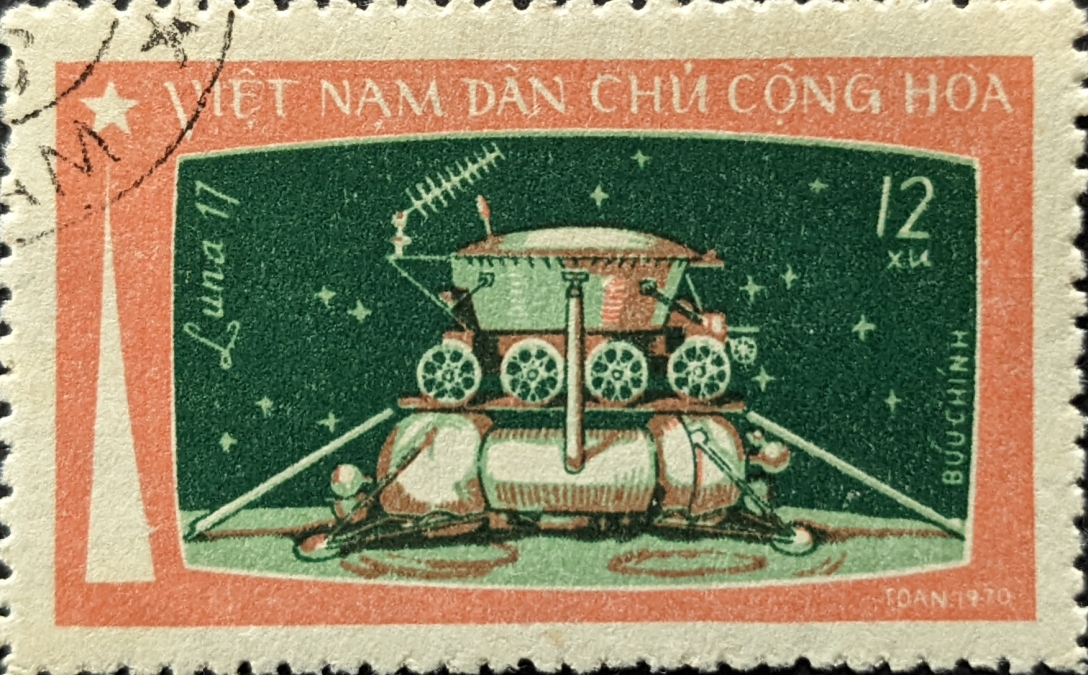 When talking about the mass lift capabilities of rockets, it’s sometimes too easy to get involved with the numbers without explaining why those numbers are significant. For example, when comparing the mass that an Arianespace Ariane 5 or Virgin Orbit LauncherOne rocket can lift to low Earth orbit (LEO), the numbers favor the Ariane 5. After all, the French rocket can lift ~20,000 kilograms (kg) to LEO while LauncherOne can only lift 500 kg. The higher number of the Ariane 5 sounds impressive, but what does it, or LauncherOne’s smaller number represent?

We move around and see vehicles of similar capabilities frequently in the United States–the cars and the big rigs that barrel down our freeways each day. One car, in particular, the Hyundai Kona (a hatchback), can carry around as much mass as a LauncherOne rocket (~500 kg). The Ariane 5, on the other hand, is better represented by the typical enclosed trailer of a big rig, which can carry about ~20,000 kg of payload. I assume that these vehicles and loads are much easier to come to grips with instead of the mass numbers of rockets thrown around willy-nilly like some sort of nerdy cornhole tournament.

Anyone with a car, especially a hatchback, understands that while a car can carry a lot of stuff, there are limits. University students on the move can easily stuff milk crates, stereo speakers, and Ikea shelving in hatchbacks to their school dormitories with relative ease. The limit, however, is that overstuffed and quite large sofa scored from the curbside–the hatch and doors are much too small (although imagination, determination, rope, and car roof can overcome dimensional limits). When cramming six friends into the hatchback, ditto–the car’s suspension bottoms out, and the steering behaves “weirdly.” Plus, those ungrateful (and gassy) heathens complain about how cramped the car is. Those inconvenient instances are why some of us find friends who own pickups or vans.

On the other hand, a big rig can easily handle that sofa. Moreover, it can carry much more than that one sofa. A single trailer truck can hold (at least in my experience) more than what a 2,000-square-foot home contains in one go. It allows transporting nearly anything in the house without deciding what to leave behind. It prevents the necessity of making multiple trips in a hatchback to accomplish the same task over a more extended period. The truck, however, is less versatile than a car, less economical to use to get groceries, and difficult to park in certain areas of town.

Owning a hatchback limit the size of purchased items. The same can be said for those customers looking at small satellite rocket launchers–the rocket is typically the limiting factor for the spacecraft a customer would like to deploy into the Earth’s orbit. Like the hatchback owner, a smallsat customer has to be creative to cram whatever payload is necessary into as small and lightweight a package as possible in a less conveniently-shaped cylindrical container (which makes loading up rockets even more challenging). Of course, a truck and a crew could step in to help move items too large or too heavy to fit in a car, but truck and crew increase moving costs.

However, there is a lot of ingenuity in the small satellite manufacturing segment of the global space economy. Some companies focus on a specific form factor, the cubesat, to dictate the satellite’s mass and shape limitations (and theoretically keep things standardized). Some companies use smaller shapes and masses, while others use satellites as large as 500 kg. All rely on leveraging miniaturized technology (which gets less expensive, smaller, more efficient, and more capable seemingly every year) to insert as much useful payload, power, and other items in a smallsat as possible. A report from the Atlantic Council, “Small Satellites: The Implications for National Security,” notes that miniaturization is core to one of commercial space development’s technology drivers:

“Mass Production of Satellites: The cost of creating a satellite could be reduced from its current cost, which is in the tens of millions of dollars, by approximately 10 percent through integrating mass production, according to OneWeb (a proposed network of up to nine hundred satellites providing Internet services). Production time could then be reduced from years to a single day. Advancing miniaturization technology will continue to reduce satellite size and cost.”

That report is the reason for my attempt to show how different payload capacity impacts mission choices. For smallsats, nearly everything considered is a compromise. Worse, they are typically compromises of compromises already established for larger satellites. Whatever can be done to minimize mass and cost is done for smallsats. It’s the primary reason why commercial smallsat manufacturers and operators embrace miniaturization.

For startups with limited fund access, those tradeoffs are acceptable within their business strategies (if they have one). The mass limits and lower costs induce creativity from companies in applying miniaturized technology, which can lead to innovation. All have incentives to quickly manufacture and deploy their small satellites, resulting in the growth of streamlined assembly procedures and services. Those segment characteristics appear to be why the report recommends the U.S. Department of Defense (DoD) look to the commercial smallsat industry for answers.

To be clear, the Atlantic Council report is an honest attempt to get the facts straight and provides grounded reasons for why the U.S. military should rely on the commercial small satellite industry. However, it echoes the usual worries about China “surpassing the U.S. as the world’s global space power” by the decade’s end (I disagree with this assessment). That worry and subsequent analysis of China’s smallsat activities may be the reason why the report’s conclusion seems off the mark:

“If the United States is to guarantee safety and security in space, then public-private partnerships and the use of commercial small-satellite capabilities must evolve to be the cornerstone of national security space. The traditional DoD technology development and acquisition processes are simply not capable of maintaining parity with commercial industries that field advanced software in weeks and satellites in months.”

First, I agree that the DoD tech development and acquisitions aren’t up to snuff. And yes, the DoD should embrace commercial solutions to help maintain mission readiness and enhance it. But the report’s conclusion of commercial smallsats as a space force cornerstone seems to forget something that any university student can tell you: there are only so many Ikea boxes that a hatchback (or a smallsat rocket) can accommodate. Sometimes it’s just simpler to call the friend with the truck. At least, that option makes sense for a student with limited fund access.

China does not have that problem, and neither does the DoD.

Why not go for the “big rig option”? That potential option could change the report’s threat calculus while contributing to the assets available to the DoD. To be sure, the report’s author, Nicholas Eftimiades, is focused on small satellites. His report, however, may end up focusing the service only on the hatchback option, the commercial smallsat capability (which would be a mistake). But the big rig option allows the DoD to remain ahead of rivals for far longer than 2030

The author appears aware of that option, mentioning the low costs of SpaceX’s Falcon 9 and potentially lower launch costs of the company’s Starship (with no mention of mass capabilities). The Falcon 9 can carry slightly more mass than a big rig (22,800 kg), but Starship (based on Musk’s and others’ claims) will be able to carry much more–at least 100,000 kg (100 tons) to LEO. That’s the equivalent of at least five big rigs or the inventories of more than five 2,000-square-foot homes on a single Starship rocket launch. That increased mass lift capability can do much to overcome any perceived loss of space leadership to near-peers, but only if the DoD is ready to work with SpaceX’s new rocket–and not just with new smallsats.

The world still waits for SpaceX to conduct an orbital flight of its Starship successfully. It might happen in the next few months. But the promise of that launch vehicle’s capability is filled with potential ramifications, many of which we can’t predict. But that doesn’t mean we shouldn’t try.

I have written analyses about Starship’s mass capability and what it could mean to the industry (as have some others). Based on the company’s performance alone, hoping for SpaceX to fail is not a reasonable strategy. However, anticipating a possible success, determining what that success means, and planning to take advantage of those impacts is prudent. Unfortunately, nothing the DoD has published seems to include Starship (other than as a possible military cargo carrier). But there are so many more other practical examples.

That mass capability means that the National Reconnaissance Office (NRO) and U.S. Space Force (USSF) can field some actual space capability and power. The compromises these military operators endure to manufacture and deploy the satellites they currently use would be eliminated. Imagine using Starship’s ability to lift an armored optical Earth observation satellite to geosynchronous orbit. This satellite would have optics far superior to even those LEO birds the DoD relies on because Starship could lift heavy glass optics (or heavy whatever) to GEO. Same for any early warning satellites. Instead of satellites, the DoD could have crewed heavily shielded network operations centers in GEO to operate those satellites, which would reduce latencies.

Starship, or something like it, would at least allow the DoD to consider other capabilities rather than the traditional communications and GPS caretaker roles. The DoD needs to ask itself a series of questions about what it needs to do to stay dominant. To make it all work, the DoD also needs to stop the ineptitude that is its acquisitions process. It should be bold and prepared to build and deploy bigger, more capable, and more useful spacecraft within two to three years of Starship’s first successful orbital launch (while embracing the other technologies and services from the commercial smallsat sector). Even without Starship, though, the service should still consider big rigs as part of its “space supremacy toolkit.”

The same logic applies to space agencies and customers from any nation. Sure, commercial small satellites are exciting and suitable for many facing similar constraints as the student with the hatchback. Still, not all customers or space agencies have those constraints. For them, choosing the big rig makes more sense (especially if launch costs are reasonable). But they should be ready to use it (and probably be better off than the U.S. DoD). The hatchback might initially be more attractive, but the big rig can deliver the goods.