This analysis does not go into the financial part of Viasat’s annual report.

After reading the first 13 or so pages of Viasat’s latest 2021 annual report (filed last week), I was surprised to see its leadership offered more than its latest annual revenues within the report. To be clear, there are the management’s usual humblebrags about flat revenues and being slightly shy of an annual record–all while yielding “another record year for Viasat.” In other words, the company is doing fine, and that type of spinning is not unusual for Viasat.

But, Viasat’s evident focus on stopping SpaceX and Starlink, as well as the company’s dogmatic promotion of the “New Space” brand, makes for some interesting reading. The words are also part of a larger narrative Viasat is weaving as it attempts to delay Starlink in the name of whatever causes it can use to do so. I’ll attempt to go through a few of its words and activities in this analysis.

For that, I must take a second to thank Viasat–because these types of reports usually are very dull. I think most companies do this to put analysts to sleep, getting them to overlook specific details. But the “drunk uncle” type ramblings in Viasat’s latest report are somewhat entertaining. So for people wondering why Viasat posted these thoughts in a company’s annual report, I think I’ve stumbled on the answer: to make its investors believe the company can influence Starlink’s future and demonstrate the company is disruptive and hip to the new-kids slang–New Space.

Since some readers have requested it, I’ll start with Viasat’s words and unsuccessful efforts to derail the Starlink train.

“If there is one thing I despise, it is a fair fight.”

Within the report, Viasat, without mentioning Starlink, surely is aiming at the growing constellation with the following (abbreviated) bullets covering the “risk of proliferated LEO spacecraft”:

Of the four bullets, at least three (1, 3, 4) have all been concerns Viasat has mentioned before, but explicitly with Starlink in its sights. These concerns are not new to the space industry. All stakeholders should eventually discuss them objectively and rationally and, finally, resolve them. The U.S. Department of Defense (DoD) has talked about a few of these issues for a few decades now. Conversely, Viasat didn’t seem concerned enough to mention any of those issues in annual reports before 2020.

The likely instigator for Viasat’s sudden slew of concerns was the seven Starlink-only launches during the first six months of 2020. The deployment of 420 (Musk’s favorite number) Starlink satellites happened before the release of Viasat’s annual report that year. It’s around this time that we start seeing Viasat try other ways to slow down Starlink’s rollout (while also attempting to appease investors).

In July 2020, Viasat petitioned the Federal Communications Commission (FCC) to deny SpaceX’s request to lower the altitude of its satellites. By December 2020, Viasat petitioned the FCC to conduct an environmental review of Starlink, justifying that review through the National Environmental Policy Act (NEPA). The FCC rejected both, but in June 2021, Viasat went to court to compel the FCC to force SpaceX to pause Starlink deployments as the FCC conducts an environmental review of the Starlink constellation. An appeals court denied Viasat’s effort in July 2021.

Yes, this is the case of an incumbent business, Viasat, attempting to quash, or at least slow down, a business that will disrupt its specialty market strategy. It’s a case of not competing, primarily because it can’t. Instead, Viasat is attempting to use the government as a tool to protect its tiny corner of the market (with the government, thankfully, replying with a “hard no”). It’s attempting to stall Starlink to at least get Viasat-3 on orbit, which is a year away from deployment. The attempts and words are a shift from when Viasat’s management was initially pooh-poohing LEO broadband earlier.

To say that Viasat is a proud company and makes much of its business acumen is an understatement. From Viasat’s 2018 annual report:

“Competitive advantage can be fleeting if others can quickly imitate, copy or buy the ingredients to our product or services recipes. We make substantial investments to build moats around our technical and go-to-market competitive advantages. We’ve become the most vertically integrated company in our market spaces. Being vertically integrated enables Viasat to be more aggressive and to create space-based networks that simultaneously leverage advances in multiple technical domains.”

Viasat believes it is so good that some kind of imitative competition will come after it. From its 2019 report: “We also want to be difficult to imitate — to establish a moat around our success.”

The truth of the matter is that the telecommunications industry is expensive to enter. The satellites are expensive; especially when using legacy satellite manufacturers in the U.S. Those companies take years to manufacture a satellite. It was also expensive to launch these large satellites to geostationary orbit (GEO). Ground stations are also cost-prohibitive. So whatever moat Viasat invested in, the investment was not necessary nor wise.

However, whether a moat or a Maginot Line, history has proven neither as very effective against aggressive competition. Instead, they become irrelevant. Unsurprisingly, the moats Viasat invested in became irrelevant when the competition, in this case, SpaceX, flew over them. I would argue that Starlink is more vertically integrated than Viasat. Even better for Starlink and worse for Viasat is that Starlink doesn’t rely on Boeing or any other satellite manufacturer for its satellites. As pertinent, if Viasat believes by this standard that it can be more aggressive than an Echostar or Eutelsat, then Starlink must have a hyper-aggressive advantage over all of them.

The reality and aggressive deployment of SpaceX’s constellation probably shocked Viasat’s management. Viasat-3 and Starlink were announced during the same year–2015. Six years later, Viasat-3 hasn’t launched yet, whereas over 1,700 Starlinks have been deployed. I believe SpaceX’s disproportionate actions to Viasat’s inaction impacts Viasat on a more fundamental level. SpaceX didn’t bother to imitate Viasat, which probably bruises the company’s ego even more. It is a state of affairs that is likely unacceptable to Viasat’s view of itself in satellite telecommunications. 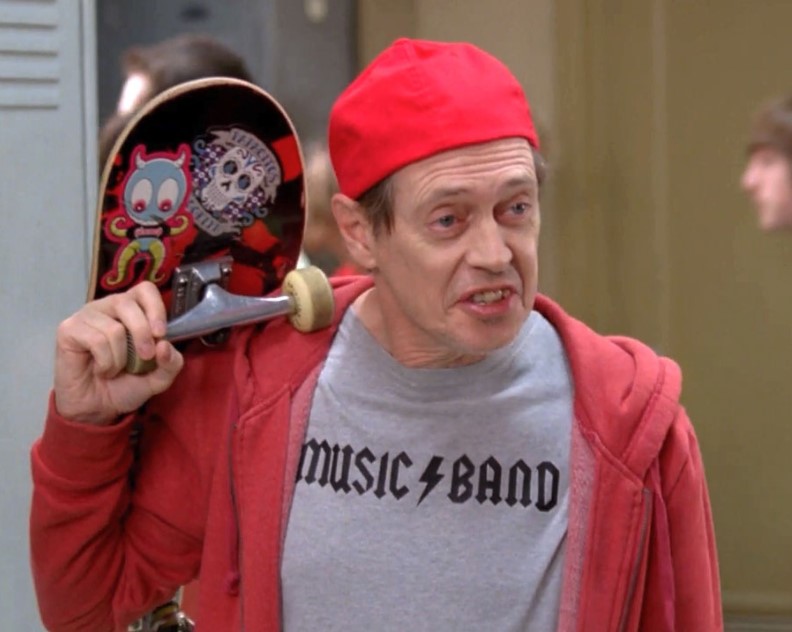 “How do you do, fellow New Space?”

Viasat’s apparent embrace of New Space promotion and claims may be related to its attempts to reassert its self-image. Viasat’s management always viewed the company as the most innovative and entrepreneurial telecommunications company in the world. This attitude can be seen in its 2019 annual report (page 6):

“The essence of effective strategy centers on making difficult choices that deliver value customers will pay for — yet that competitors are unwilling or unable to imitate. The sequence of descriptors in that last sentence is critically important when competing against entrenched incumbents. Disruption theory holds that incumbents will predictably, and in a short-term sense, rationally, cling to existing dimensions of value when those metrics are associated with success in their largest markets — even if new emergent market trajectories demand different, and often conflicting, metrics. Disruptors don’t “cause” customers to seek new forms of value, they enable them to choose products or services that better meet their evolving demands.”

In the face of SpaceX offering a service that better meets a few customers’ evolving demands, Viasat finds itself as the incumbent that is unwilling and unable to make the difficult choices facing it. Viasat is the rational company in this scenario, clinging “to existing dimensions of value.” In the same annual report, Viasat went on to identify conditions that would make it ripe for disruptors to displace incumbents:

Of course, Viasat mentioned all of the above, believing it was the disruptor. Other writers have elaborated on different indicators of a market that is ready for disruption. For the company’s management to suddenly understand that it is ripe for experiencing disruption, even with its criteria, is probably too much to expect.

But those words and the company’s self-image explain why Viasat appears all-in on drinking the “New Space” Kool-aide. After all, that category is associated with disruption, thinking outside the box, agility, etc. To tie itself and its activities with this category all but confirms that Viasat is still a disruptive company–at least in Viasat’s mind.

The company floats another number to validate its interest in New Space: $13.5 billion (courtesy of Pitchbook). According to Pitchbook, that’s the number of billions invested in New Space companies for the last five years. The New Space references used in Viasat’s annual report appear to come from a recent Harvard Business Review article, which, in turn, is based on a paper published three years ago. Both exhibit uncritical positivity about their versions of New Space.

Viasat plucked some weird examples for its New Space “technology foundations” but not necessarily from the HBR article referenced in the annual report.

The company embellished on how to lower launch costs. The costs could be lowered by using larger, reusable launch vehicles more often. I agree with that, but only one company–SpaceX–exemplifies those foundations from companies worldwide. Guess which company Viasat has said it will not use to launch its satellites anymore? No other company has a reusable launch vehicle that can be turned around for launch in weeks. No other launch service provider has reduced costs quite as much like SpaceX, either.

Other foundational technologies, such as space tourism, outposts on the Moon, asteroid mining, etc., fall more into the typical New Space proponents’ claims. Every box on the New Space Bingo card gets crossed off. Viasat then attempts to tie its latest activities with the following New Space markets: Earth observation, LEO satellites, and space components and modules. It’s all about appearing to be a disruptive company with New Space credibility.

Through its actions and the annual report, Viasat is weaving a narrative for its investors and a broader audience that demonstrates it is using hook and crook to stall Starlink’s advance. That narrative attempts to make Viasat seem to be the disruptive New Space affiliated company it believes itself to be, even though SpaceX’s Starlink activities make it appear as if the company is standing still. The company is hoping investors and others will buy into the narrative. Some will, because of their inherent dislike of SpaceX. Yet, these very same activities make it appear as anything but the disruptive, agile, New Space company it thinks it is. Instead, they are what people expect from legacy space companies.