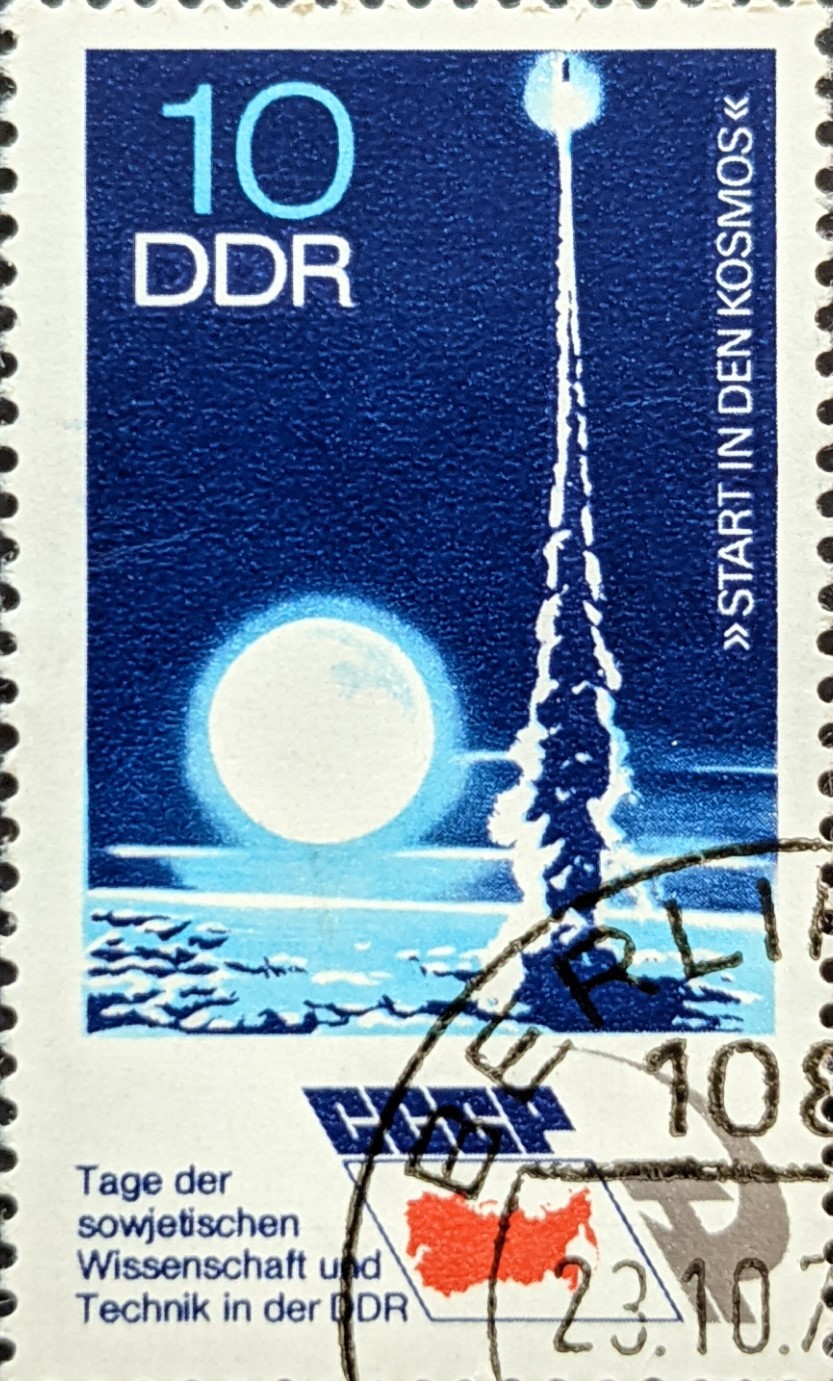 Rocket Lab’s announcement early this month highlighted a few changes to its business. First was the SPAC (special purpose acquisition company) with Vector Acquisition Corporation, and the second was that it would use the money from the deal to build a larger rocket. The former announcement seems in keeping with the current space SPAC craze, with the only difference between Rocket Lab’s deal and the others being that Rocket Lab is successfully launching rockets. The new rocket (the Neutron), the reasons the company claims for needing it, and what it may mean to other stakeholders are worth examining.

For those wondering why Rocket Lab’s fictional rocket is discussion-worthy, my reason is straightforward–Rocket Lab is up-and-running. It’s already launching orbital rockets, as the past few years have demonstrated. Launching those successfully is something grandly-funded companies like Blue Origin have yet to do. It’s something that national programs in countries like North Korea and Iran have been failing to achieve for decades.

Rocket Lab’s Neutron will be bigger than its Electron, and able to lift significantly larger payload masses (8,000 kg) to low Earth orbit (LEO). Unlike the Electron, but very much like SpaceX’s Falcon 9, the Neutron’s first stage will be reusable. As you can see in the image, the Neutron’s landing legs seem to have some…heritage?

Neutron’s mass capability indicates that Rocket Lab may have some second thoughts and insights gained about relying on the Electron’s smallsat payloads as a survivable business. The announcement is bad news for those companies with smallsat launch ambitions, as Rocket Lab will likely keep launching the Electron. But it’s also bad news for their business plans that an operational smallsat launch company, Rocket Lab, feels the need to offer a more capable rocket.

Keeping in mind a ride on the Electron costs $7.5 million (an increase from earlier quotes) for a per kilogram cost of $25,000, the pricing alone is ample reason for Rocket Lab to consider launching larger rockets for less. Especially considering there are other companies who launch smallsats for much, much less.

“We’ve listened to our customers and the message is clear – biggest doesn’t always mean best when it comes to constellation deployment. Efficiently building the mega constellations of the future requires launching multiple satellites in batches to different orbital planes. It’s a requirement that all too often sees large launch vehicles fly with payloads well below their full lift capacity, which is an incredibly expensive and inefficient way to build out a satellite constellation.  Neutron’s 8-ton lift capacity will make it ideally sized to deploy satellites in batches to specific orbital planes, creating a more targeted and streamlined approach to building out mega constellations.”

In that same press release, the company noted the Neutron could launch and deploy about 98% of forecasted satellites through 2029. While Rocket Lab didn’t disclose whose forecast the company is pinning its business plan on, does its reason for moving to Neutron sound credible?

Looking at the LEO broadband constellations, SpaceX uses the Falcon 9 (and likely Starship when that becomes operational) to deploy its Starlink satellites. It’s probably getting very close to that launch vehicle’s full lift capacity (in a reusable form). OneWeb is relying on Arianespace’s Soyuz to deploy its constellation. Telesat and Amazon might be candidates to use Neutron, but since neither have operational LEO broadband satellites, that’s speculation. Europe and China have both talked of plans for deploying communications constellations, but they will probably use indigenous launch services.

Undoubtedly, these companies will begin replenishing their constellations with new iterations of their satellites in the next eight years, which could use Neutron. But, with perhaps the exception of OneWeb, the circumstances described above will still apply. With Neutron, OneWeb has the option of using a rocket that doesn’t belong to its competitor, SpaceX. It could be Amazon and Telesat choose not to deploy constellations of broadband satellites.

There are other companies with plans to deploy satellite constellations. EO/RS satellite operators, for example, could deploy over 1,500 satellites in the next few years. Weather satellites (a subset of EO/RS) used by companies such as ClimaCell could add to that total.

Rocket Lab plans to launch Neutron only from Wallops Island in the United States. That launch site gives a clue of Rocket Lab’s intent to court more government business. Specifically, another customer who might use Rocket Lab’s Neutron for constellation deployment purposes would be the U.S. military. The Space Development Agency has pushed ahead with plans to deploy hundreds of satellites for surveillance and other purposes.

Plus, the Wallops site spares Rocket Lab legal headaches that come from launching U.S. military satellites from its Mahia Peninsula, New Zealand site. Apparently, there are laws prohibiting the use of New Zealand facilities, etc., for aiding foreign military efforts. The fact that the company has already launched at least three U.S. military-focused missions may be a problem for Rocket Lab. Launching Neutron (or Electron, for that matter) from Wallops Island fixes that.

The Neutron’s targeted mass capability, 8,000 kg, also shows a bit more intention. In the United States, three launch service providers conducted rideshare missions. Two of those three, Rocket Lab and SpaceX, routinely conduct rideshare missions. The Electron can carry 300 kg to LEO, while the Falcon 9 can carry up to 22,800 kg to LEO. The Neutron fits neatly in that gap, which is not an accident. According to an Ars Technica interview, Rocket Lab’s CEO looked at launches overall and concluded the average payload mass was around 4,500 kg. The article’s author stated that SpaceX’s Falcon 9 would be Neutron’s competitor. The difference in capabilities between the two launch vehicles makes that claim doubtful.

However, looking beyond U.S. launch service providers yields more likely competitors: the Russian Soyuz (when launched from Baikonur, Plesetsk, or Vostochny), India’s GSLV Mk III, and Japan’s H-IIA. The GSLV Mk III can carry the same mass as the Neutron–8,000 kg. The H-IIA can carry a little more–10,000 kg. While they are within Neutron’s range, they do not launch often enough annually to justify Rocket Lab’s plans. But with Russia’s Soyuz, it’s very different.

The Soyuz is Russia’s workhorse rocket. It carries astronauts and supplies to the ISS. It launches Russian government payloads. More pertinently, Arianespace uses it to deploy OneWeb satellites. On average, for the past three years, the Soyuz launched 16 times a year–and that’s with aggressive launch pricing offered from SpaceX. The payload range of this rocket when launched from Russian or Kazakh territory? 6,800-8,700 kg.

The Soyuz’ annual launch rates demonstrate there is a need for a rocket with a mass capability of around 8,000 kg. If a modern rocket offers similar capabilities, a high launch rate, higher reliability, and costs customers much less, then maybe the Neutron can take the Soyuz’ place–for external customers, anyway.

The Neutron also poses a threat to Arianespace, relying on the Vega for smallsat launches and the Soyuz for its OneWeb contract. Theoretically, the Neutron could set back Arianespace so that it can only count on attracting customers with the Ariane 6 (which has had difficulty getting enough customers).

All the above conjecture does not address price and reusability. Based on SpaceX’s experience, reusability may pay dividends to Rocket Lab in Neutron launch costs. When SpaceX first started reusability attempts with its Falcon 9, conventional thought, widely spread by ULA and, later repeated by Arianespace, was that at least ten launches were needed per rocket for reusability to make sense. Conveniently, the average annual launch rate from 2011-2020 for each of those companies is slightly under ten.

This is not to say that Rocket Lab will do precisely the things SpaceX has done. But, based on Rocket Lab’s 2020 Electron launch rate and using SpaceX’s reusability math, Rocket Lab should be able to recoup costs for a single Neutron by launch two. That could be less if Rocket Lab is watching SpaceX closely. Not only that, but the costs to launch could come down quite a bit, a factor also borne out through SpaceX’s experiences.

And that’s really the unknown element (aside from the probability of Neutron’s existence): will Neutron launches be inexpensive enough to entice customers loyal to Arianespace and others? Will they be inexpensive enough (let’s say less than $5,000/kg) so that smallsat and constellation operators unhesitatingly move to Neutron? If Neutron even comes close to that figure, it could be devastating to companies with plans to enter the smallsat launcher market.

There are multiple sound reasons for Rocket Lab’s delta-v from its smallsat business trajectory. As SpaceX showed with the Falcon 9, the Neutron can still conduct smallsat deployments–particularly if its upper stage is as capable as the Electron’s Photon. But the Neutron positions the company in a better place, with a more flexible and reusable launch platform. It could even replace or augment Northrop Grumman as an ISS cargo service, as NG’s Antares also carries an 8,000 kg mass to LEO.

If the company builds the rocket, its success may hinge on Neutron’s launch pricing.