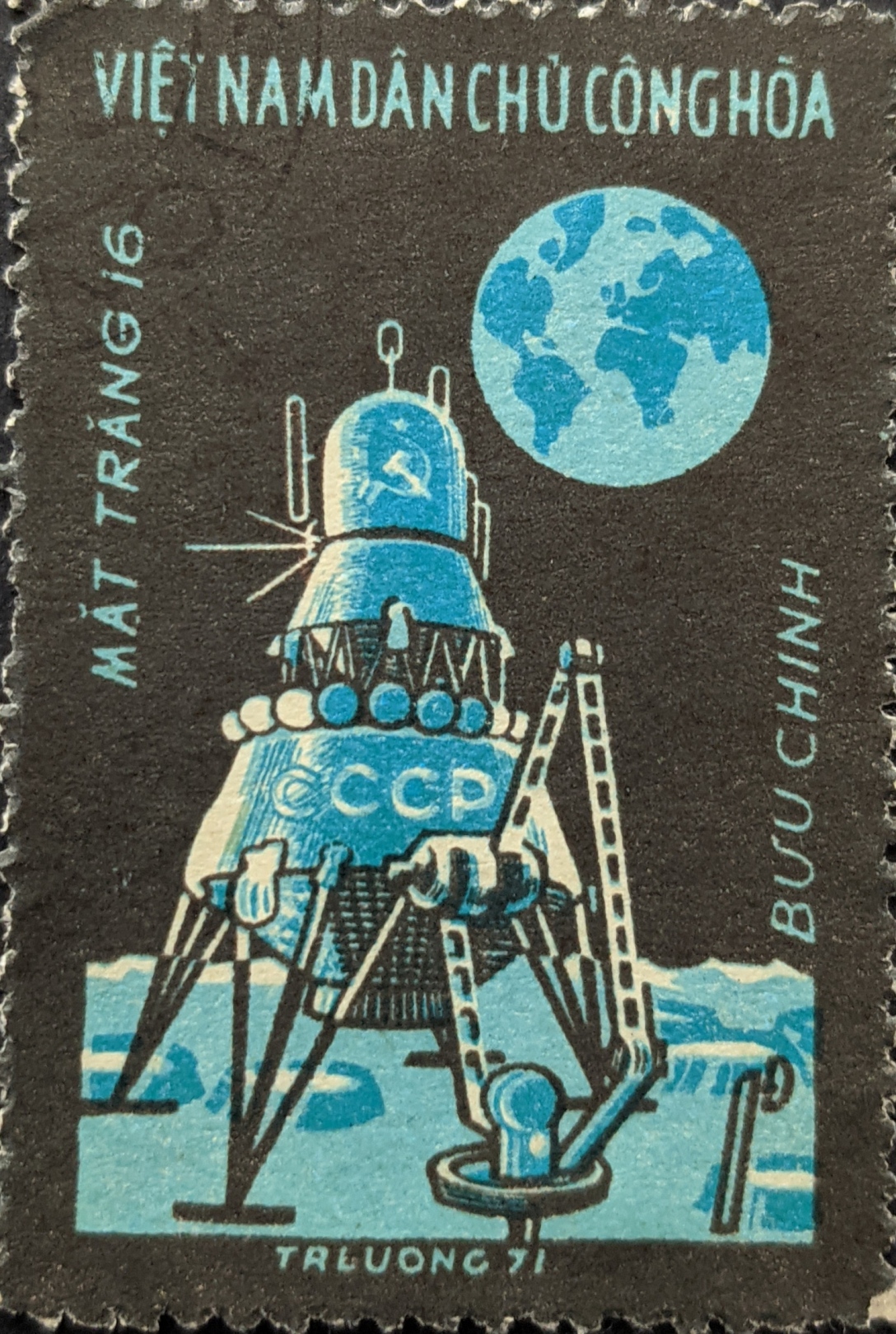 Before the marketing term “new space,” there has always been Virgin Galactic (VG) and its suborbital spaceplane.

The Future of Spaceflight–17 Years Ago

The spaceplane looks like the future–as does VG’s facility out in New Mexico, resembling (a little) the rear of an Al’Kesh ship from the Stargate TV series. The facility and spaceplane are thoughtfully designed and appear modern, with typical Virgin flair. Probably the most out of place piece of equipment is the airplane that lifts the spaceplane to launch altitude–WhiteKnightTwo. Its ungainly appearance contradicts the sleek character of VG’s spaceplane and facility.

Working with The Spaceship Company (TSC), VG always seemed on the verge of delivering something new and fantastic–a rocket-powered spaceplane that would lift tourists into space for a few minutes. The promise of doing so was enough for hundreds of people to plunk down the thousands of dollars for a seat on the spaceplane.

Those customers generally appeared steadfast even after VG’s tragic test flight in late 2014, which killed the craft’s co-pilot. Despite that accident (which slowed down spaceplane development), when VG went public five years later, people were interested enough to invest in a “space company.” And they are still investing, much to VG’s benefit. These investors haven’t read Parabolic Arc’s story of a VG test flight conducted in early 2019 flying in the spaceplane VSS Unity.

The story describes how badly that flight went–that it almost killed the two pilots and passenger. Thankfully, all spaceplane occupants came back fine, if a little shaken. The problem was bad enough to ground Unity and replace the spaceplane’s elevons. The whole structure had ruptured, according to the author’s source. The potentially fatal rupture’s cause appears to have been human error, which sounds like a possibility that passengers should be aware of. It actually would be suitable for anyone paying money to VG to know about that problem. That kind of transparency can help with confidence.

But VG didn’t bring it up publicly (it let shareholders and the Federal Aviation Administration know)–until it was forced to conduct damage control. Someone else wrote a book about that flight test’s problems, prompting the company to admit the problem had occurred but that it had addressed it. Both stories surfaced this month–two years after the test flight, raising questions of trust and, more critically, of safety. It’s a big problem for the company, its investors, its crews, and passengers.

The choice two years ago not to publicly acknowledge a safety issue points to VG management’s priorities no matter what it states. The fact that its chief safety officer stepped down a few months after that flight test because “he had lost confidence in the company’s safety culture…” reinforces that safety isn’t paramount. Special reinforcement of “other” priorities seem evident when VG asked that chief to accept a different position instead of quitting because it looked terrible. Additionally, the company had paid an external consultant to review VG’s safety program but never released the review’s report.

A Culture of Safety?

The safety shuffling and lack of transparency is odd behavior for a company founded to transport tourists with essentially an explosive canister behind them. It’s also very concerning, considering the company doesn’t appear to have learned the right lessons from its tragedy in 2014. To minimize tragedy, EVERYTHING involved in the flight must not just work but work together well–including the people conducting pre-flight safety checks. It’s not just a matter of getting the technology right.

It’s very concerning because safety isn’t just something built into technology or mechanical systems (although inherent safety helps)–it’s a team mindset. That mindset is the result of a tremendous focus on Job One–pilot and customer safety. It’s also the result of training, testing, verifying, more training, more testing, and more double-checking. Again, people’s lives depend on the entire team bringing its expertise and A-game to bear, including safety. Airlines appear to do this routinely.

An extreme example showcasing how a team works together is the United Airlines Flight 328 engine failure. Pilot, co-pilot, ground control, cabin crew, and others worked to land the Boeing 777 back in Denver. Probably none of the people on that list had practiced “non-normal checklist” procedures together. But they all worked together, some instances showing people anticipating the next necessary step. They knew these procedures because of practice and understood the consequences of missing steps–hundreds of lives lost.

But everyone trusted the experience, knowledge, and professionalism of the other–and it paid off. A pilot provided a quick step-by-step video of what everyone, particularly the pilots, was doing when that engine failure happened.

To be sure, Virgin Galactic’s pilots are better acquainted with emergency procedures for SpaceShipTwo. It’s not a prototype, but it still has bugs–no matter how mindful design engineers are. The pilots understand this. But their knowledge will not save them if systems don’t work as expected (such as in the 2014 disaster) or if a part of the team they are relying on aren’t trained professionals. Both are addressable, but the latter requires cultural emphasis with no half-measures.

Suppose VG experiences a failure (which NO ONE wants) during any of its actual commercial flights. In that case, you can be sure people will point to these indicators that safety wasn’t the company’s priority. Just one very tragic failure could tank the company–which has always been the case. But why not increase the odds in safety’s favor?

VG could have nipped the problem in the bud by being transparent, holding people accountable, and investing more into a safety culture. It appears to have resolved the physical issue, but the semi-secretive way the story is unfolding makes me wonder about the safety culture. It would be a shame and demoralizing for VG to disappear. But not as horrific as losing a loved one in a spaceplane crash.

The implications of that story are depressing. Instead of ending it here, I’ll bring up another story–one bringing forward observations from a space industry outsider. These observations come from an informed mind–an automotive consultant and engineer.

Car manufacturing consultant and engineer Sandy Munro had a chance to interview Elon Musk about Tesla’s activities and technology. He drove down to Boca Chica to talk with Musk. That interview is fascinating, showing where Musk is attempting to steer Tesla’s manufacturing. As with SpaceX, Tesla is aggressively using processes incumbent sector manufacturers have rejected.

Before that interview, SpaceX provided Munro a tour of the Starship and Super Heavy manufacturing facilities and launch vehicles. Munro posted his observations of his Boca Chica factory tour on Youtube. In essence, he appreciated what SpaceX was doing.

Munro had worked for aerospace companies and NASA before and understood the differences of what he saw implemented in Boca Chica. He had this to say about Musk:

“When you’re talking to someone like Elon Musk, you get a much different impression of how fast is fast versus someone who is a fixed-in-place scientist.”

Munro made comparisons of SpaceX’s iterative approach (unique to the launch business) with the automotive industry’s processes, including crash testing. Those are standard automotive industry practices. He noted that computers will help identify what SHOULD work in a car crash but that the physical crash test verifies what works. He saw SpaceX’s acceptance of crashing launch vehicles (inadvertently) as a healthy practice toward bettering the product.

Munro’s observations mean a few things to me.

SpaceX’s Starship activities are less about providing a “bespoke” launch experience and more about becoming a serious launch vehicle manufacturing business. Munro understands quite a bit regarding the fundamentals required for building vehicles. You can bet that he understood more about what he saw on the factory floor during the tour than he let on.

More interestingly, he doesn’t push back against Musk’s Starship manufacturing goals–at all. He doesn’t flinch when he mentions that SpaceX wants to produce its launch vehicles every three days. Note, he never says SpaceX will succeed–but he seems to think SpaceX’s Boca Chica factory is doing the right things.

It would be easy to attribute this to what appears to be Munro’s admiration of Musk’s changes to Tesla’s products. But his admiration does not make him a fanboy. For anyone willing to do the work, just watch a few videos of Munro as he critiques torn-down Teslas. He is brutal and fair.

The space industry has a never-exhausting tendency to be a self-licking ice cream cone. Because of that tendency, I believe it’s healthy to get perspectives from experts in other businesses, in this case, Sandy Munro’s. Seeing someone like him excited about SpaceX’s factory and providing very rational and different reasons (that diverge from typical space fan reasoning) for why people should be excited is a useful data point.