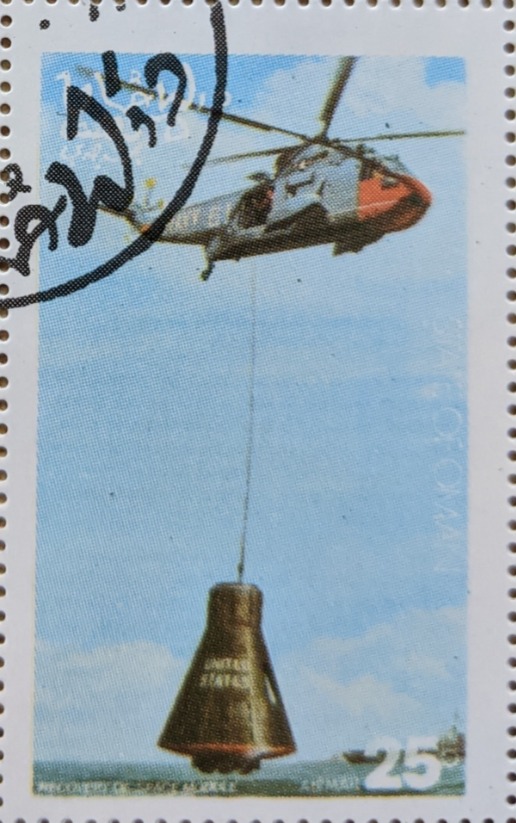 Earlier this week, I noted the DoD’s Space and Missile Systems Center (SMC) awarded a contract to Lockheed Martin for some extremely pricey early-warning satellites. In that first part of the analysis, I observed that:

This second part continues with other observations (bolded):

At their core, the SBIRS (and upcoming NGOPIR) satellites are Earth observation/remote sensing satellites. This means they can see what’s on or above the Earth’s surface and pass on that data, but they don’t do much else. The mission of the current infrared constellation, SBIRS, provides the specifics regarding what these satellites are supposed to do (and make for easy copy/paste of requirements for SMC). According to the U.S. Space Force (USSF):

The Space Based Infrared System (SBIRS) program is the follow-on capability to the highly successful Defense Support Program. The SBIRS program was designed to provide a seamless operational transition from DSP to SBIRS and meet jointly-defined requirements of the defense and intelligence communities in support of the missile early warning, missile defense, battlespace awareness and technical intelligence mission areas.

The Defense Support Program (DSP) is an infrared early warning system older than SBIRS. In 1998, the mission of DSP, and its upgraded SHIELD/Alert ground system were:

For the first mission area, missile early warning, near-instantaneously collected SBIRS data provides a warning of launched missiles, as early as possible, to U.S. troops and decision-makers. Providing a warning earlier betters the chance for a U.S. response (and maybe survival). For decades, missile warning has been a core mission of these types of satellites. SBIRS’ infrared data also helps with missile defense missions, pointing missile defense system sensors, such as radar and other infrared satellites, to the launch’s direction. SBIRS’ data enhances the missile defense system’s missile interception ability.

The battlespace awareness mission appears to be in the form of SBIRS detecting very swift energy emissions, such as the rapid launch of an anti-aircraft missile or the distinctive but invisible energy from an artillery gun muzzle. These are some of the weapons that battlefield commanders might be concerned about. Knowing their locations–and maybe even how many of them there are–might provide an edge.

The technical intelligence mission may rely on what analysts can glean from these emissions. Better sensor sensitivity may be why that bullet was added to the older missions. Is that slew of anti-aircraft missiles burning more energetically–are they moving faster? Every little bit of new information helps.

I added civil support to SBIRS because at one point, probably to justify SBIRS’ high costs, the USAF had added that mission to its portfolio.

It appears safe to assume that, based on the USSF’s conservative approach to missions, the EO/RS nature of the satellites, and SBIRS’ adoption of DSP’s missions, that the SBIRS missions will be transferred relatively unchanged to NGOPIR. SMC has stated in various interviews that the missions generally are the same. Also, one would hope SMC at least would be sure the newest system isn’t a step back in capabilities.

From these four mission areas, we can extrapolate some of the necessary capabilities for these military infrared systems:

The above capabilities come from the “System Features” section in the USSF’s SBIRS description page. Knowing that a satellite’s sensor observes the “earth to provide 24/7 global strategic missile warning capability” means that the satellite must be in contact with a ground station using the lowest latency communications links possible 24/7. Otherwise, early-warning doesn’t work. A satellite detecting a launch event only to wait for a communications link for even five minutes just makes no sense.

At the same time, the Earth’s entire face is the satellite sensor’s source of data every second (let’s not forget there are two sensors on a SBIRS satellite). That’s potentially a lot of data (especially when using higher refresh rates and resolutions) requiring a large data throughput connection to the command station. Networking is needed because the command station (and its alternate) is in Colorado, not the Pacific or European theaters. This means an infrared satellite overlooking the Eurasian landmass is somehow networked to that Colorado command station 24/7, passing masses of data every second, quickly.

For the sensor requirements, I assume the USSF is going with the “more data is better” philosophy for NGOPIR. So operators want sensors with higher resolutions and refresh rates using more infrared frequencies to determine what is launching, and from where, quickly and with better accuracy. The “zooming” ability comes from 1) common-sense and 2) this bit from the USSF’s description of the second infrared sensor on its SBIRS satellites:

“The step-staring sensor, with its highly-agile and highly-accurate pointing and control system, provides coverage for theater missions and intelligence areas of interest with its fast revisit rates and high sensitivity.”

Theater coverage is smaller than global coverage. SBIRS’ global scanning sensor looks at an unfolding event and cues the staring sensor to look more closely (to help humans determine what kind of event is occurring). This closer look requires precision pointing and some sort of processor to help make sense of all the data the sensor collects. These systems need to be reliable. Otherwise, operators would be second-guessing data coming into the command center–not useful in a system relying on speed. Automation helps with speeding certain things up.

To be clear, what I’ve listed is what SBIRS is already doing based on the USSF’s description. I assume that NGOPIR will duplicate much of SBIRS’ capabilities, upgrading the former’s two sensors and communications systems.

The next part of the analysis (coming Thursday) will address those assumptions and more: