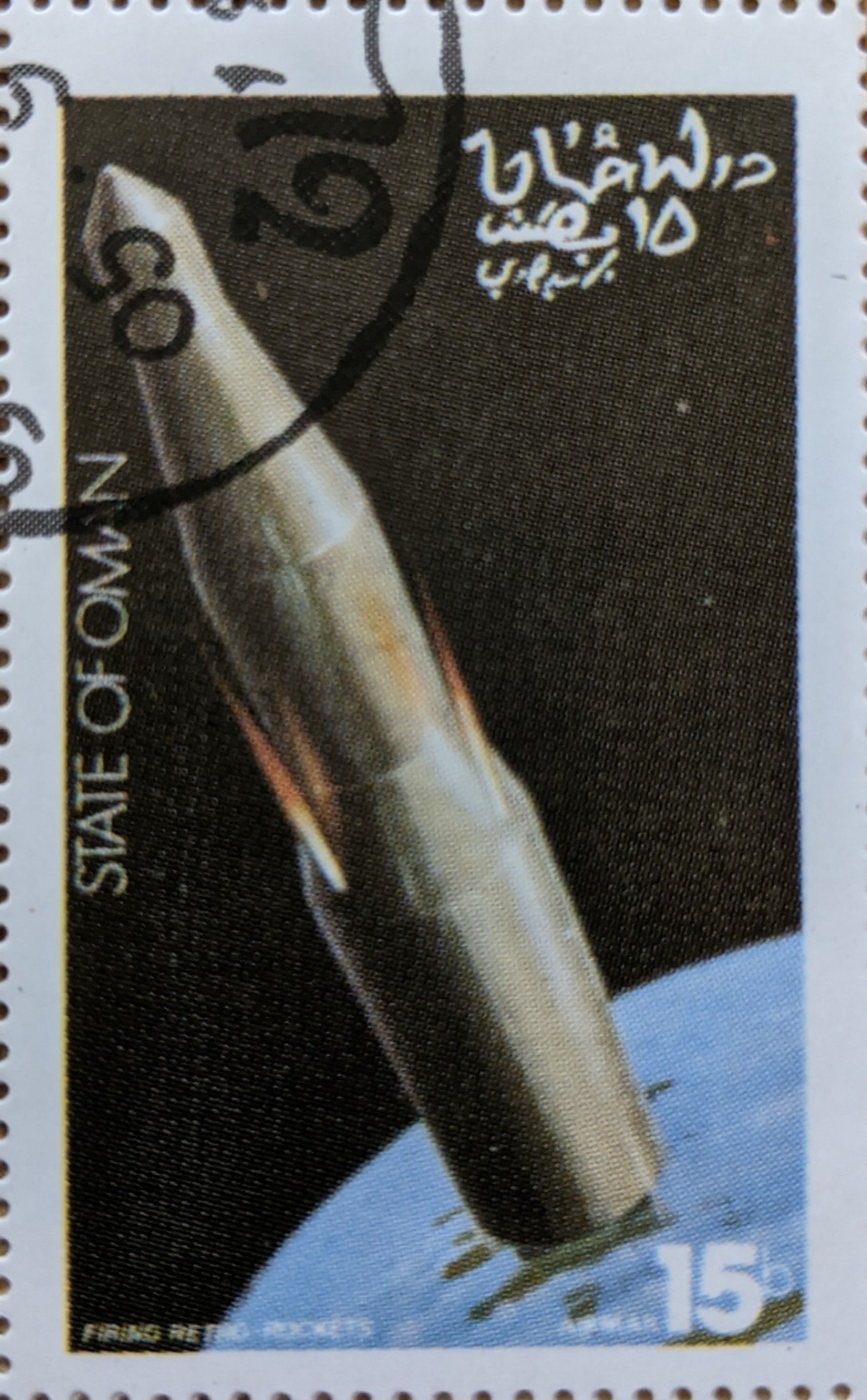 A few days after I wrote up an analysis of Virgin Orbit’s slow moves toward launching commercial payloads, the company went ahead and released a projected launch month for its next launch test: December. The reason why it’s taking nearly eight months between tests? Virgin Orbit is still building the LauncherOne rocket. This is still plodding progress, but let’s just blame it on the pandemic. December is barely over a month away. So that’s problem Number One: the company still has no commercial launch vehicle.

Ready to “Pump You Up”–about Virgin Orbit and Unicorns

However, some bloggers are pumped about the possibility of Virgin Orbit gaining “Unicorn” status. That’s what it would be if the company reached its goal of a $1 billion valuation through its current funding round. According to the bloggers (and the analysts they follow), Virgin Orbit could be so successful that it could eclipse Rocket Lab, becoming a “front-runner” in the smallsat launch business. And the reasons for their optimism have to do with how LauncherOne will be launched (from a 747). Also, it will be “cheap” to launch ($12 million for 500 kg).

I’ll agree with the first reason why some customers may want to launch with Virgin Orbit. Flexibility in launching from nearly anywhere on a 747 is probably desirable enough for some of the company’s potential customers that they’ll wait.

They’ll wait to use Virgin Orbit despite the company not having an operational launch vehicle because the taxpayers will be paying for the launch. The organization willing to wait for an unknown duration for this type of launch is the U.S. government (specifically, its military). Most companies, especially startups with small satellites, work on thin margins. Waiting without end is not something they can afford.

While $10-12 million per launch is inexpensive compared to launching with a legacy launch platform such as Pegasus ($50-60 million), that cost is about on par with Rocket Lab ($25,000/kg). An operator can count on paying Virgin Orbit $24,000/kg to launch and deploy one of its satellites. It certainly is not close to SpaceX’s launch costs ($5,000/kg) for satellite operators using its Rideshare Program. LauncherOne’s price to launch is slightly less than half of what SpaceX has said it costs to launch its Falcon-9 ($28 million).

And then, Virgin Orbit needs to up its launch cadence quite a bit once the company establishes LauncherOne’s reliability. Rocket Lab’s best annual launch cadence so far was six launches in 2019. SpaceX launched one more than double that (13) during 2019. Virgin Orbit appears to be building one rocket every eight months, but it would need to build one every two months to at least match Rocket Lab’s launch cadence. And Virgin Orbit’s rocket would need to operate flawlessly from the start (unlikely). If it doesn’t, then, based on the company’s current approach, a single accident would stop all operations for at least half a year. 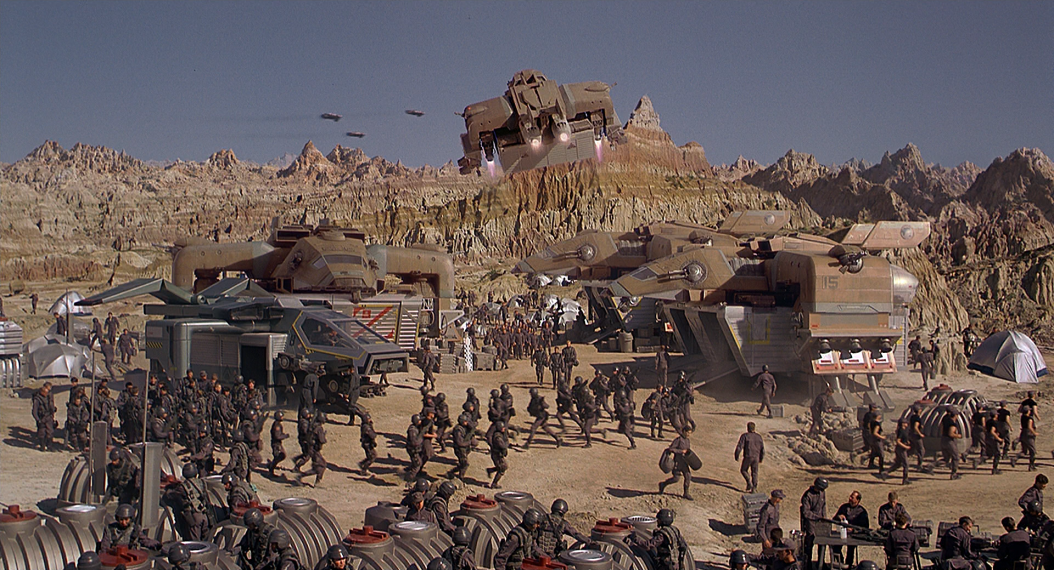 This is not the current reality–image from Wikia

Also firing the blogosphere’s imagination (and especially that of a particular U.S. Army general) was the Army’s announcement of an agreement between it, the Exploration Architecture Corporation (XArc), and SpaceX. The deal reads in the bureaucratic tongue, describing that SpaceX and XArc, with the Army, will work on:

“…examining the use cases, technical and business feasibility, and concepts of employing space as a mode of transportation supporting USTRANSCOM’s role as the Defense Department’s global logistics provider.”

In regular English, the agreement means:

Study how the Army can transport tanks and artillery with rockets–like Buck Rogers.

And this is why everyone, especially the Army, is very excited. Journalists and bloggers remember that, in September 2017, Elon Musk talked about the possibility of transporting people from one point on Earth to another using Starship (at the time they were calling it BFR–Big Falcon Rocket)–safely.

Later, in April 2018, SpaceX’s COO, Gwynne Shotwell, confirmed SpaceX’s intent. She also noted that particular use of Starship would happen within a decade. It would be cheap and fast. And, while she didn’t specifically say that it would be faster than any jet carrying people and/or tanks, it’s an easy conclusion to jump to–especially if you’re in the Army.

SpaceX has been planning to transport people that way for a few years, then. SpaceX’s agreement with the Army is basically continue what it’s been doing. The Army doesn’t even have to pay SpaceX for this studying (it’s a cooperative research and development agreement–CRADA). As an aside, SpaceX’s Starship project is progressing pretty well. The company static-fired three engines successfully this week. They were attached to the bottom of a Starship prototype. 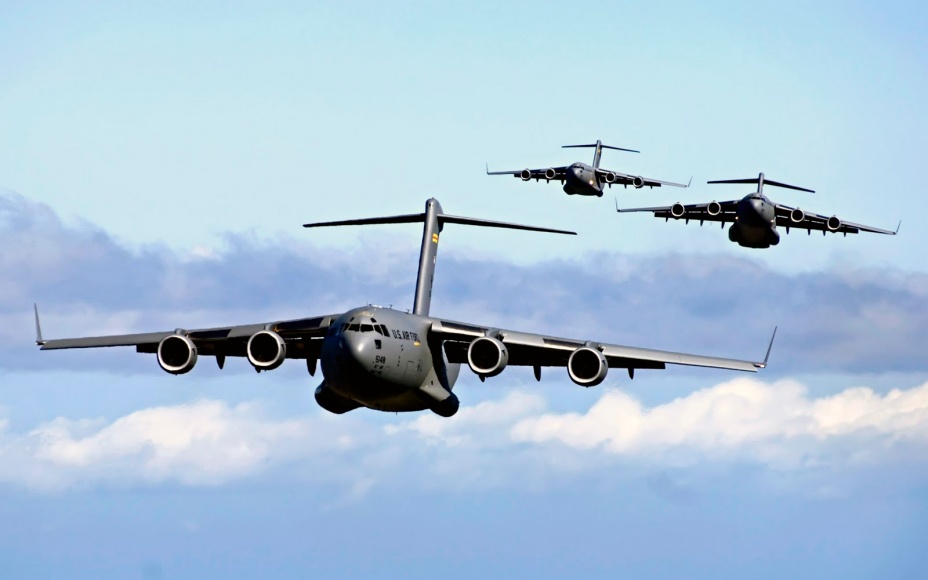 But this excitement, while justified based on the vision, is premature based on SpaceX’s current progress with Starship and infrastructure requirements to sustain this. Keep in mind; if Starship succeeds, it would be the first of its kind: a fully reusable rocket. It might even be the least expensive large rocket on Earth. But the C-17 is not the first cargo aircraft.

An Army general used the thirty-year-old C-17 as an example of limitations regarding how much it can carry and how much time it needs to transport its cargo. But, the C-17 is a very durable aircraft. It’s also flexible, as it can land on regular and unimproved runways. The C-17 can also return from primitive bases as the support structure for the aircraft exists. It was built with decades of military experience with cargo aircraft informing its design and operation. If there’s anything that really is a negative about the airplane, it’s that a single C-17 costs the Department of Defense over $217 million.

But maybe that cost is worth it. I remember one pilot reminiscing that he had accidentally landed the C-17 too close to a minefield, exploding a few mines. A few of the C-17’s tires were shredded, but the airplane itself was still ready to fly (of course, I’ve heard that pilots tend to, ahem, **embellish** their stories). Its design protected cargo and crew.

Current infrastructure isn’t in place to support Starship. The U.S. Army, Air Force, and Space Force certainly don’t have anything in place to support Starship–especially in the field. This lack means that while Starship could fly to a primitive base, it wouldn’t be returning under its power. Starship requires two stages to travel from one point on Earth to another. There would be no stage ready for its return.

Starship itself isn’t near as durable as a C-17. The company is building the rocket to withstand space, atmospheric re-entry, and other very basic requirements, not hostile fire. The Army might have to re-think the design of its vehicles to allow for quick deployment from Starship. Of course, Starship might cost as little as $5 million and it would probably be fully automated. And those characteristics might be other reasons for the Army’s interest and excitement.

SpaceX believes Starship to be the future of space and terrestrial travel. Starship itself appears to be very inexpensive to manufacture and operate, enticing a lot of customers, including the military. However, the Army must then invest in other technologies, infrastructure, communications, and even strategies to support Starship (or something like it). That’s a lot of potential spending–if Starship comes to be.

But at least the CRADA is free.