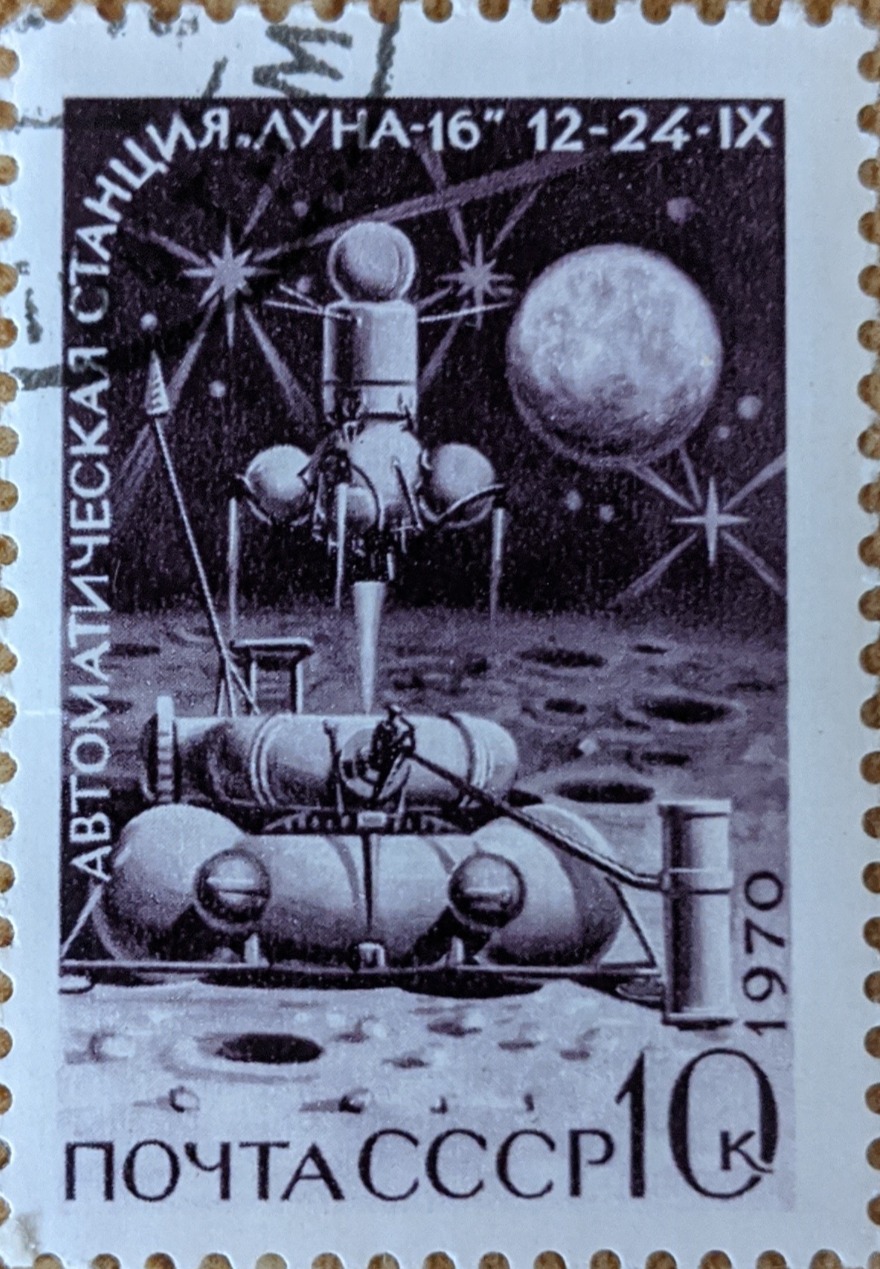 A note: I will be taking next Monday and Tuesday off. There will be no analyses posted those days.

“…And they must be realistic in making contracts, in estimating costs, and the difficulty of the projects. Only realistic flight schedules should be proposed, schedules that have a reasonable chance of being met. If in this way the government would not support them, then so be it. NASA owes it to the citizens from whom it asks support to be frank, honest, and informative, so that these citizens can make the wisest decisions for the use of their limited resources.”

Hackaday.com’s Donald Papp wrote the post that started me digging.

Richard Feynman wrote those words at the end of an appendix entitled “Volume 2: Appendix F – Personal Observations on Reliability of Shuttle.” His comments were appended to the “Report of the PRESIDENTIAL COMMISSION on the Space Shuttle Challenger Accident.”

He wrote those words 34 years ago during the months between the Challenger disaster and the report’s completion. But his observations of the critical human ability to not fooling oneself applies to NASA today.

His words still seem to hold with the latest blog post from NASA’s Kathy Leuders about the administration’s progress with its Space Launch System (SLS) and Orion spacecraft for the Artemis I mission. SLS and Orion are the poster-children for unrealistic schedules and cost estimations, showing, once again, NASA is going down the well-trodden path of fooling itself on project difficulty.

As for the blog post, Leuders projected November 2021 as the date those systems will be ready for launch. While the status and newest date are (barely) interesting, she posted a few other tidbits that might be considered eyebrow-raising–rebaselined costs for the SLS program:

To the surprise of no one (a predictable surprise, so to speak), SLS will cost more, and so will the ground systems supporting the Artemis I mission.

What is surprising is that this first mention of the rebaselined budget information for SLS is in a blog post in an “oh, by the way…” tone. An organization as large as NASA probably has some official office dedicated to informing the public about NASA’s affairs. It would educate the public, in a controlled way, about NASA’s technology, programs, education outreach efforts, and budget changes. Maybe a way to keep consistent “Messaging” for the space administration, including defensible positions for budget increases. Blogs don’t seem to be the right medium to announce 30+% budget changes to a “prestigious” government space program funded by taxpayer generosity.

Back to other concerns.

While the rise in SLS costs is concerning, there’s another reason for concern–higher risk-levels and possible impacts on mission assurance caused by higher costs.

The risk-level is not about the technology and the processes (not entirely). It’s about the pressure NASA’s SLS and Orion managers and engineers will be facing if SLS/Orion ever launches. It’s the human element that will keep the operational risk-level high for these programs, perhaps by ignoring or degrading established mission assurance processes.

It happened with the space shuttle program.

Feynman (and others) indicated that NASA’s employees and contractors were
under pressure to keep its space shuttles launching on schedule. The administration wanted to launch the space shuttle 26 times a year. This schedule was overly optimistic, considering the complexity of the launch system NASA was working with (SpaceX hasn’t launched that many in a year–yet).

Feynman noted in the appendix that failure rates for nearly 2,900 rockets using solid rocket motors had a too high failure rate (he calculated 1 in 50). NASA pushed back with less math and more faith, noting that rockets with humans aboard were prone to failing less – 1 in 100,000 – because humans were aboard.

High operational tempo schedule pressure and NASA’s ‘management math” contributed towards the shuttle program’s employees’ and contractors’ acceptance of, by steps and cycles, the unacceptable–o-ring degradation. They were all professionals, through training, experience, and knowledge. But these professionals still failed NASA’s shuttle crews, accepting a problem identified as resulting in fatal consequences for the inconvenience of not staying to schedule.

NASA astronaut Mike Mullane goes into describing the shuttle program’s pressures, attributing them as the result of a process he labels the “Normalization of Deviance” (he also talks about “predictable surprises”). Mullane thinks Challenger and Columbia were predictable surprises. I recommend watching his talk.

NASA’s people, also highly trained, knowledgeable professionals, will be under extreme pressure once SLS becomes operational. The high costs, combined with the program’s perceived prestige, may pressure them to push mission assurance boundaries. The temptation to fool themselves as they cross those boundaries will be great–especially if there are no negative consequences–at first.

The administration had already shown incapability of being honest with taxpayers, at least when initially establishing the SLS project difficulty, budget, and schedules so long ago. The expectation for all three aspects of NASA’s SLS project is that they get updated annually. Each year they get more complicated, expensive, and take longer. What else is NASA leaving behind?

This sequence of updates to the SLS and Orion programs provides no confidence surrounding NASA’s leadership and judgement. How much does that type management permeate the program’s launch and exploration operations? This lack of confidence is reinforced when combined with NASA’s history of embracing deviance during shuttle program operations. Will NASA management just accept a contractor’s practices as a best practice? To be sure, the space agency will be sure to repeat that “safety is paramount” for its astronauts.

Normalization is Still There

Very recently, we’ve seen some of this kind of fooling oneself at work already with Boeing’s Starliner in NASA’s Commercial Crew program. Boeing had managed to gain NASA buy-in to certain “leaner” processes. But the company also managed to wave off scrutiny of those processes until the Starliner’s test flight exposed very obvious, and crucially, very public problems. NASA had normalized deviance, accepting Boeing’s standards for success, instead of reinforcing its standards and imposing its lessons learned the hard way.

Starliner is supposed safely transport humans to and from the International Space Station.

One of the points in an article I focused on during yesterday’s analysis, described circumstances (humans on board) when risk shouldn’t be accepted:

“And some missions — like SpaceX’s first human flight for NASA earlier this summer — are too high-stakes to tolerate high risk.”

For the Commercial Crew program, SpaceX’s experience helped stack the deck toward its successful first crewed launch. The company’s operations floors crews are used to the highest annual launch frequency of any company. They are very familiar with the reliable Falcon 9 rocket. They leaned into NASA’s experience in a big way.

SLS’ stakes are very high: astronauts’s lives, a prestigious program, long development, and a budget eclipsing that of many nations. The pressure of operating what is probably the most expensive launch system in the world should apply pressure on NASA’s ops crews. That it will launch perhaps once per year using crews who are trained but unseasoned (compared with SpaceX’s crews) and the risk of mission failure appears to be higher than it should be. There’s only so much budget to buy down more risk. We’ve seen normalization of deviance evidence very recently in NASA. Where else is normalization happening in that space administration? Would NASA’s people even be aware it if it happened?

In the same Commercial Crew program, NASA made a fuss about SpaceX’s Elon Musk smoking marijuana. That act concerned NASA enough for it to pay the company $5 million in taxpayer money for a “safety assessment.” This kind of silliness doesn’t instill confidence, either.