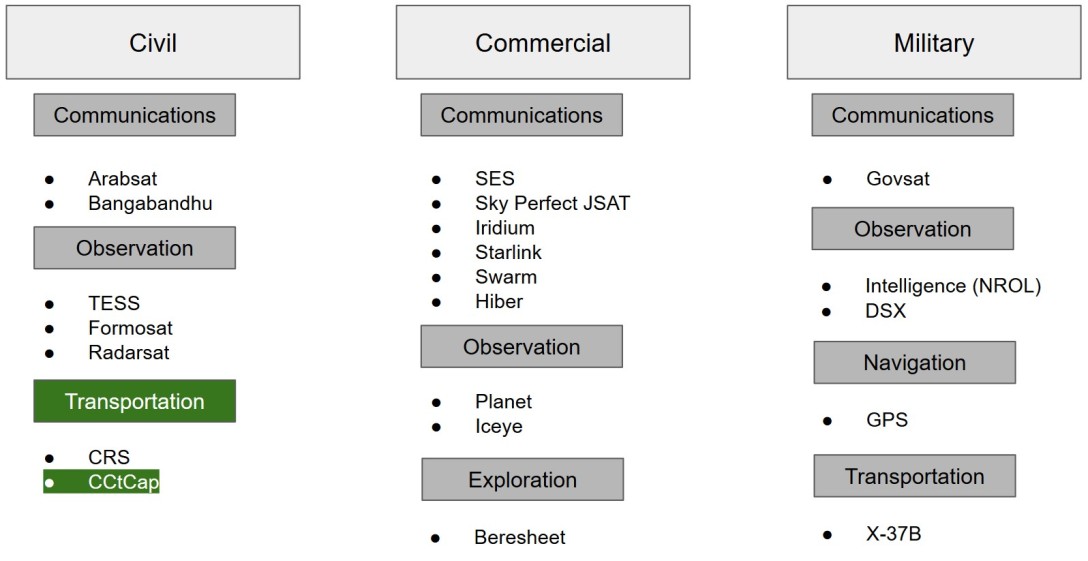 Well, we are almost home.

We’ve rented an apartment in Gulfport, Florida (a neighborhood south of St Petersburg), and we’ll be moving into it mid-month. Kind of exciting to get this part of the move behind us. Traveling cross country during the pandemic was interesting.

With some breathing room between moving out and moving in, I can start writing a bit more. On to the analysis.

Commercial Crew is Important, however, Some Context

A little over a week ago, SpaceX launched what was likely the most important mission it’s ever conducted so far. It launched a very ordinary Falcon 9 rocket with a Crew Dragon capsule on top containing two American astronauts for transport to the International Space Station. And it was a success.

Five days earlier, a black man was killed by police. This was, incredibly and very sadly, nothing new for people of color in the United States.

Both events potentially impact the future of the United States and its citizens. But one of them–the murder of George Floyd–impacts the nation on a very fundamental level. It impacted Floyd at the most fundamental level, depriving him of his life, which is anathema to an American’s “certain unalienable rights.”

That a policeman felt empowered to serve as Floyd’s (an American citizen) judge, jury, and executioner is worrying. That this kind of story appears in a very cursory Google search multiple times during the years leading up to 2020 is terrifying.

It’s no wonder these protests are ongoing and growing. And, hopefully, they will result in conversations which then result in a better, safer, America for everyone. As we’ve seen, again and again, this will take time.

In contrast, the launch of a rocket with two astronauts aboard is so beyond the experience of most Americans it’s very difficult to be excited about that launch and its potential space industry impacts right now. Is it important? Yes. Is it impactful? Sure.

Unlike the Floyd murder, however, the launch is important to a limited subset of the U.S. population even though it is good news. And the impact of a commercial crew launch certainly applies to a smaller subset, no matter how NASA spins potential spinoffs–and may even lead to a launch system dead-end. SpaceX itself has indicated this is so.

By very few, I use the Space Foundation’s own Global Space Activity numbers for 2019 as a definition baseline. The total the research team came up with there was $415 billion for that year. That number includes spending from U.S., European, Indian, and other governments. It includes telecommunications, GPS-type service revenues, etc. While $415 billion sounds large, it’s not, particularly when compared to the larger technology sector.

For context, Microsoft’s revenues alone for 2019 added up to more than a quarter of the global space industry revenues estimate, at nearly $126 billion. That’s one software company vs the thousands of companies and government activities in the global space sector. Microsoft, Google, Apple, and Facebook have been in business for less time than the Boeings, Airbus, and Khrunichevs of the world. But the impact of those companies on the world’s population, and the money they are making, is arguably more significant than that of any aero”space” company–including SpaceX.

Above the Nation’s Problems?

So, yes, a very small slice of humanity and industry will benefit from the commercial crew launch. Let’s focus on a few of those players.

The launch is important to NASA–the administration can once again use an American rocket to launch American astronauts from American soil. That it can do so while leveraging the capitalistic strengths of commercially-focused launch companies like SpaceX is a cherry on top.

The launch is important to SpaceX. It received money from NASA–more money than it would have had any right to expect if it were attempting to conduct the same activities using money from private investors. That money has been critical to the company’s existence. It allowed SpaceX to also gain experience and insight in launching humans to space safely.

The launch is important to the space industry. With months of preceding bad industry news (OneWeb, Intelsat, etc.), SpaceX’s success is a relieving contrast. This is not to say that the pressure is off from those in the industry attempting to succeed with poor business plans and resources. There are still a lot of space industry “businesses” whose only contribution to the industry is a web page full of dead links (nothing frustrates and catalyzes a researcher’s efforts more than this).

There have been a few stories since the launch–none really that exhibit any sort of impartiality–about the impact of SpaceX’s commercial crew launch. If anything, these cheer-leading fluff pieces appear to cater to making investors feel good about, whether based in fact or not, their investments. Many of these people don’t appear to be too concerned about a lack of racial diversity or ethics. The investment is the thing.

To be clear, the biggest impact of SpaceX’s success is on NASA’s wallet and America’s ego. NASA will now be able to stop paying Russia for overpriced seats to transport its astronauts to the ISS. And America can now say it can once again launch people to space from American soil, thanks to good old ‘Merican know-how. An earlier analysis in “Human Spaceflight, Its Future under NASA, and the Moon” goes into those impacts a little bit more.

A negative impact is on Boeing’s ego and reputation. It only has itself to blame, but the bravado the company exhibited in its “race” with SpaceX didn’t help. This is a company that has a history of space activity and technology. It didn’t even have to deal with building a rocket from scratch for its commercial crew efforts. And yet–somehow–the company appears to be bungling it.

Especially when Boeing’s pitiful efforts are compared with SpaceX’s successes. Boeing should be on its knees thanking NASA for staying the course with it as it gropes around to make things right. I hope it succeeds if only to give NASA another way to transport astronauts to the ISS.

The impact on SpaceX may be different than what people are expecting. While it will continue as a launch provider for NASA’s astronauts, NASA has made it very clear that its Commercial Crew Transportation Capability (CCtCap–commercial crew…which does not equate to a commercial launch) program was, as noted in “Human Spaceflight, Its Future under NASA, and the Moon:”

“…formed to facilitate the development of a U.S. commercial crew space transportation capability with the goal of achieving safe, reliable and cost-effective access to and from the International Space Station and low-Earth orbit.”

I also noted in “Flying Humans to Space, for Fun, Science, and Profit” that while SpaceX and Boeing have the option can use their ISS crew transports for space tourists and other commercial businesses, that the addressable market for this type of service is much different and much smaller than the space launch business. Some readers might remember the chart below from that analysis.

For one thing, and unlike Virgin Galactic, neither SpaceX nor Boeing have hundreds of people depositing money for a ride to space (otherwise, they’d be crowing about it).

The upshot from the information in the paragraphs above is that SpaceX knows it won’t make that much money from commercial crew–at least in amounts approaching NASA’s investment in that company. SpaceX can now concentrate on what it has said IS the future of space launch and transportation–Super Heavy and Starship.

While SpaceX was developing and testing Crew Dragon in the past few years, it was already moving quickly and in the past months has been building prototype Starships about once every few weeks. With Crew Dragon development in the rearview mirror (for the most part), the company can now likely focus completely on Starship/Super Heavy development, and its progress with Starship/Super Heavy in the next few months may surprise nearly everyone.

In the meantime, while SpaceX’s commercial crew launch is important and its impact is significant, it is not close to the level of importance of Floyd’s murder and that tragedy’s subsequent impacts. At worst, it currently serves as a diversion of attention and money in an industry known for offering at least 31 different flavors of self-licking ice-cream cones. At best, though, it can serve as a beacon to the future–even if SpaceX changes the way people will get into space.

But, and this is a reasonable question to ask based on what is going on, will that be an inclusive future?